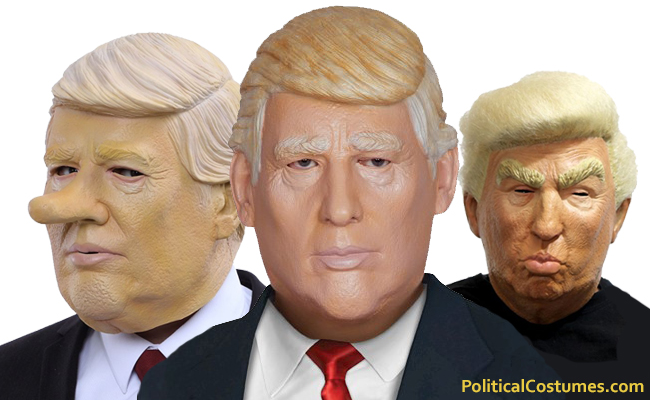 Whether you're going to a fun Halloween costume party or serious political rally, President Donald Trump masks are the most controversial masks to wear for 2020. Donald Trump surprised many people around the world by winning America's most heated Presidential election in history. The incredible media frenzy over US politics was due to this celebrity billionaire who overcame his political rivals and critics to become the GOP's most polarizing president of the United States. The once long-shot Republican contender for the presidency has become the ultimate American media sensation due to his outspoken political views and behavior. After many controversial twists and turns, we are now heading into another controversial election year! Whichever side you are on, now is your chance to make a statement with your own Donald Trump costume for this Halloween season.

If you want to step into the shoes of our current president and experience the power and controversy of Trump this Halloween season, put on one of these deluxe Donald Trump mask. If you are look like him, you can just get one of his wigs to mimic his trademark hairstyle! There are all sorts of props that you can wear to reconstruct America's most controversial president in history! Love him or hate him, he will be a popular man of this season.